Is there a science to jokes? What makes a joke funny? What does it mean “it works on so many levels”?

Here is a joke to get us started:

A man steals a few figs from his neighbor’s tree.

The neighbor catches him red-handed and says “don’t you know the commandment ‘thou shall not steal’?

The man says “God, almighty, you may you be praised. I am enjoying these amazing figs AND get a sample of your blessed commandments…”

Why is it funny?

Sir Issac Newton observed a lot of physical phenomenon in nature, then realized the general laws, and he wrote them into a framework in his laws of motion.

Is there a framework for humor?

Can it can be described, explained so it helps make funny stuff funnier?

You be the judge…

Rule #1 – Know the reference
If a joke begins with “an ant is drowning in a small puddle…” – the audience should know the reference to these words/concepts. Otherwise, the lines would not make sense, and more importantly what’s between the lines.

If someone does not know the meaning of “ant”, and more over the general properties of an ant: insect, small, lives in a colony with millions of others etc. – there is no chance they will “get the joke” and laugh.

Funny material is derived from the properties of the object/subject more so than the actual terms. For example, in following joke, if you don’t know what gravity it, and how it works – the joke will not be funny. Pun intended for Sir Isaac…

—
A cheapskate worshiper in a house of god, brought all of his money to make a donation. He stood in the yard and was about to throw his money in the air, towards the sky.
A passerby asked: “What are you doing?”
Worshiper: “I am giving all my money to G-d. I will throw it up in his direction, and whatever he wants he keeps. Whatever lands on the ground, I will assume he does not want, and I will keep.”
—

The point is, nothing in the wording of the joke itself is funny. Knowing the references and more importantly the properties, is key. In this case, on Earth (where we assume this joke takes place, although not explicitly written), gravity will pull anything downward. Without this bit, the joke is not going to make sense, and the audience will not get it. You will hear crickets.

This next joke does not work if you don’t know the reference either:
—
Moshe Dayan walks in the street, winks at a pretty lady – bangs into a street lamp.
—

Its not funny, unless you know who he is, and what he looks like, and his “properties.” 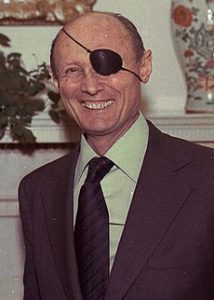 Rule #2 – Know the relative movements
Every joke, has an element of surprise, misdirection, a reveal. However, the surprise always includes a relative movement, which can be explained with Newtonian physics and a Cartesian coordinate system. Who knew there would be so much science in comedy?!

This joke will explain a relative movement.
—
A husband comes back home and tells his wife: “I won the lottery! Quick, start packing…”
Wife: “Where are we going?”
Husband: “Not ‘We’, you…”
—

Imagine a Cartesian coordinate system, that has a zero point, and then can go up from it, and down from it. 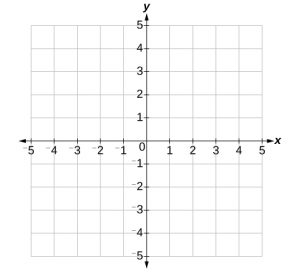 Let’s go in slow-mo and analyze this joke, using the coordinate system.

A husband comes back home and tells his wife = husband and wife, should be in a loving and positive relationship. So on the coordinate system, the reference point would be +10.

“Quick, start packing…” = sounds like there is no time to spare, and “we”, as a couple, who have love and money, are going on a luxurious trip somewhere, together. So the reference point moves even higher, say to 14 or 15. Its all relative, and moving in the SAME direction, upwards. Into greater and better territory.

Wife: “Where are we going?” = both the wife and the audience are curious to know which exotic destination our couple is heading to, together, as a wealthy, loving Nouveau riche couple… At this point, the relative movement, was only going in one direction, upwards. So we expect it to move in that direction again, especially when everything the husband says can be interpreted as that.

But, alas, his answer is why we have a joke here.

Husband: “Not ‘We’, you…” = from clocking 14 or 15 on the coordinate system, the one-liner punchline, teaches us the following: He is not a loving husband, they are not going anywhere together, in fact, they may get a divorce.

So we went from: loving couple, winning money, going on a trip together to some place fantastic to… separating couple, splitting money now at best, who are going on a trip to court. You could easily plot this new reference point as -14 or -15, as its the exact opposite of where we were.

Here are examples to show how this works. If the husband punchline was: We are going to North Korea, or Siberia, the drop would not be as low. As they are still together, and just picked a vacation spot that is not exotic nor luxurious. So from +15, it would drop to 5. Funny, but not very funny.

If the husband’s punchline was: we are going to Paris. There would be no drop, and the joke would flat-line.

Try to replace the husband punchline with a few examples, and see how the farther the relative drop, the bigger the laugh.

Rule #3 – Know why it works on “so many levels”
Some jokes are not just moving on a single relative position. They have additional factors that make them funny simultaneously on more plains. One way to think about it, is that there are more than one reference point (explicit or implicit) and during the punchline delivery, ALL reference points are moving at the same time. When we say “it works on so many levels” we refer to the fact that there is more then one story line that is funny.

Here is an example.
—
Two married guys who work in the same office, had an idea to let their wives go together a girls night-out together. The two ladies went out and had the night of their life at a bar. After getting very drunk, they decided to walk home. On the way, they had to pee. Not seeing a suitable place to go to the bathroom, they ended up entering a graveyard. They realized they have nothing to wipe with, so one of them wiped with her undies and tossed them. The other wiped with a paper ribbon she found on a wreath, on a grave nearby.

The next morning the two husbands meet at work…

Husband 1: “I am never allowing my wife to go out with your wife again! The girls had a wild night-out, I can’t imagine what they did as my wife came home without her undies…”

Husband 2: “That is nothing, mine came home with a ribbon taped to her ass that reads: ‘we will never forget you.'”
—

Why is this funny, and why does it work on “many levels”?

If you plot the reference points on this joke until the last punchline, it follows the same logic as the joke before. However, when the last punchline is delivered, we are introduced to a NEW story line, with its OWN relative movement. Thus, not only the first story is funny, yet, we get another one implicitly.

The added “levels” that are added implicitly after the second punchline:
We now know that the second wife walked home with a ribbon taped to her ass.

We now know that some poor person who died, and had a lovely wreath laid at their grave – was robbed from the intent of his loved one, and parted with the ribbon to wipe someone’s else’s ass.

We now know that the husband is more worried than he should be, assuming that “we will never forget you” referred to his wife. While it really belongs to another story, to another person, and in a sensitive / emotional context of death of a loved one. The relative distance between “we will never forget you” as it pertains to a death of a loved one, and the context of stuck to the ass of a wife who came back home from a potential raunchy evening – makes it work, again. On a whole new level.

Rule #4 – Know the delivery
Even if a joke is perfectly written, the delivery is everything.

The timing of the punchline, pause for effect when needed, are not written per se in words. Yet, they help create the misdirection of the expected relative movement, and then switch at the last moment.

The intonation, and perhaps accent imitation when needed, add more power to the delivery.

No fumbles. If you tell a joke and make a mistake in one of the words, it may derail the flow of the delivery.

The order of the story line must be kept in tact, or you can lose the relative movement in one direction, until the story takes the turn.

Translations may not work. Some jokes will only work in a certain language or culture, as the words may have special meaning.

Let’s dissect in the Humor Lab some jokes, to see these laws in action, shall we?

Experiment 1:
—
Will anyone be offended if I tell a joke about Romanians…?
No? Ok then, I won’t tell it.
—

While the audience is assuming that the joke teller is sensitive, nice, and politically correct by asking the loaded question – the words lead to one direction of being “nice”… the misdirection at the end is about trying to offend.

Experiment 2:
—
An ant is drowning in a puddle and screams for help. A huge elephant walks by, hears the screams and lowers his trunk to the puddle, the ant climbs on his trunk and delivered to safety.
Ant (coughing from almost drowning): “Thank you, thank you elephant, you saved my life…”
Elephant: “What do you mean ‘thank you’, get undressed…”
—

This one also works on more than one plain, or level. The audience thinks the elephant is being a good Samaritan, gentle, nice, kind, helpful, a savior… all the while he was helping because he was seeking a quid pro quo.

That is funny as is. However, once the joke reveals his sinister plot, the second story line emerges. The audience is exposed to the fact that there is no way for this huge elephant and the small ant to do the do.

Experiment 3:
—
Eight year old Johnny, was peeping through the key hole of his sixteen year old sister bedroom. He sees her lying on her bed, massaging her chest and saying: “I want a man… I want a man…”

The next day, Johnny peeps again to his sister’s bedroom, and sees a man on top of his sister.